Even though most traditional December activities are a bit impractical this year, Eric Wastl returns with his annual Advent of Code. Every day from December first until Christmas Day you get a small puzzle that you can solve by writing small programs or by being very good at solving jigsaw puzzles. If you want to learn a new programming language or just get better at the ones you know, I highly recommend trying it out.

Your character in the story has saved Christmas five times (during the previous editions) so you get to take a vacation to a nice tropical island. Your journey there is perilous but with every puzzle you solve you earn a star and if you get them all you’ll hopefully be able to pay the resort.

This year I once again sought to implement a solution for every problem in Rust because it’s a beautiful language that I don’t get to use all that often. And because using a language that I love isn’t that challenging, I gave myself a simple challenge: have the combined runtime for all problems under one second. Which, through a bit of optimization and thinking actually worked:

Now that we’ve got the twist out of the way, let’s look at how I benchmarked my code and and what the more interesting problems were.

Benchmarking software is hard. Depending on how you do it, the compiler may figure out that you’re doing the same thing over and over, and just do it once. Sometimes, it will notice that you’re not using the result at all and optimize away the problem altogether. And if it can see the input to your program, it may compute the answer compile-time.

For my own tests, I used Criterion, which attempts to prevent most of those issues by making use of “black box” functions that the compiler is not allowed to look into, and performs statistical analysis on the result to detect outliers and provide you with an estimate of the true running times.

The thing I tested for every part was the run time for completing each part individually, while reading input from an in-memory bytestring buffer to filter out file system noise. Each test is repeated at least 100 times, more if that fits within 5 seconds.

It’s probably fair to say that these values are a bit optimistic. Testing includes a few warm-up rounds and because the same data is used ever time, branch prediction gets to have a field day. However, the end results are sufficiently close to just running the program and naively timing how long it takes, so it’s valid enough for me. You can see the end result below. If you want to test the code yourself, simply run cargo bench from the root of my repo.

Not every day is spectacular, but in this section I’d like to go over what I found interesting. Some notes on the format: each day starts with a (relatively) simple challenge. Once you complete it, it will generally be twisted slightly to be harder for part 2.

Ignoring part 1 which didn’t have too many frills about it (with a trivial O(n) solution) we arrive at part 2: find a sequence of integers that sums up to a certain value. As far as I can tell, it does not have a canonical name, but it is a classic interview question known as Subarray Sum.

The naive solution would be take all 0≤i≤j<n to generate the slices A[i,j] and compute the matching sums for an O(n2) algorithm, but we can do better. First observation: all numbers are non-negative. This is our first clue, because that means that, given a subarray, adding the next number will always increase the total value, and removing the last number will always decrease it.

We can put this together to form an O(n) algorithm, where we start with a slice containing just the first number. If our sum is too small, we add the next number, and if our sum is too large, we drop the last, until we either find the sum that we’re looking for or we run out of list, in which case something has gone terribly wrong, especially since the trivial answer is in the list: the slice containing only the number we’re looking for.

Day 10: How to Dynamic Programming

Just counting the relative jumps between the adapters only involves sorting the list, so I won’t dwell too long on that. Part 2 is once again where it becomes interesting.

The problem is as follows: we have a list of numbers where from every number we can “reach” the numbers that are at most 3 away, and we want to know how many paths there are to the final number. You could write a nasty function that tries all of them, but as hinted in the problem, there are about 1012 paths which makes counting them individually infeasible. So instead we turn to Dynamic Programming.

For the uninitiated: dynamic programming, or DP, is a problem-solving strategy where you redefine the problem in terms of smaller versions of the problem. The crucial difference when compared to divide-and-conquer algorithms (such as merge sort) is that the sub-problems overlap. In this case, we redefine w(n), the number of ways to reach a certain n, to be w(n)=∑m∈n′​w(m) where n′ is the set of numbers from which n can be reached. There are at most three elements in n′ so this is an easy sum to compute, and we have a base case of w(0)=1 which allows us to get started.

If you do this, your algorithm boils down to a single pass over the array. Unfortunately, you do need to sort the array first, resulting in an O(nlogn) algorithm.

I really liked this day’s problem because I don’t get to use formal language theory all that often in my daily job. Or at all. If you’re somewhat familiar with it, you might’ve recognized the first part of the problem as a regular language for which you can compose a regular expression to match it. If you apply parentheses liberally and you make sure to not accidentally create capturing groups, this should be reasonably efficient. Humanity has spent quite a bit of time on optimizing regular expressions.

The second part introduces recursion which introduces some kinds of repetition. The first production that gets changed, 8: 42 8 | 42 is still a regular language, because it effectively translates a non-zero repetition of expression 42. The second change is problematic for a regex solution, because it is not regular. The production 11: 42 31 | 42 11 31 simplifies to some number of repetitions of 42 followed by an equal number of 31 repetitions. This raises the complexity of our language to a context-free grammar (or CFG) as this essentially becomes a parentheses matching problem.

In the end, when we take the root production (0: 8 11) into consideration we end up with 42 * n || 31 * m with n > m. A general CFG parser could solve this, but we don’t have to account for all inputs. It turns out, simply matching the number of 42 tokens greedily and then matching the remainder against 31 tokens works well enough. You can then compare the numbers to see if it matches the requirements.

I would like to stress that this does not work in general. There may be ambiguous matches, in which case the greedy approach may fail. I’ve attempted to side-step that issue by first matching on (42+)(31+) and hoping that wouldn’t be ambiguous. If 42 is sufficiently similar to 31, this doesn’t have to work. But, as the problem statement itself hints,

Remember, you only need to handle the rules you have; building a solution that could handle any hypothetical combination of rules would be significantly more difficult.

Why yes, yes it would.

Day 24: Too many games of Life

I don’t know whether it’s intentional, but this year contained (depending on how you count) five separate cellular automata-related problems. I have a healthy love for Conway’s Game of life, but it can be a bit much.

Day 24’s twist was that the grid was hexagonal. Hexagonal grids are an interesting curiosity, with two general solutions to fit it back into a square grid. Either you offset each new row a tiny bit so it fits into the previous row, or you use “doubled coordinates.”

None of the above makes this particular day very interesting, but what does is that it makes for nice pictures. My friend Wout made the GIF (pronounced GIF) below and graciously allowed me to share it. His Advent of Code repository contains more visualisations which are worth checking out.

If you’re somewhat familiar with cryptography, you will have recognized the final puzzle of 2020 as a Diffie-Hellman key exchange with g=7 and p=20201227. The key exchange is based on the fact that given ga mod p, it is very hard figure out a even if you have all the other variables. This is called the discrete logarithm problem and it is assumed there is no “fast” algorithm to solve it, barring quantum computing. However, unlike in real encryption, p is a fairly small number so we can just try all p options for a and get an answer in a few dozen milliseconds. However, I wanted to do a bit better than that.

The Baby-step Giant-step algorithm reduces the time complexity from O(p) to O(p​) at the cost of O(p​) space complexity. I find it elegant how it achieves this, I’ll try to explain it here. The primary trick it uses is to rewrite the problem to gim+j mod p=n, where we choose m=⌈p​⌉. This reformulates the problem as looking for i and j, where we know both exist such that 0≤i,j<m. You can see this by realising that those combinations of i and j can be used to create any number up to p.

The next step is to create a inverse look-up table for each possible value of gj mod p. Then, we compute g−m mod p which we can use to repeatedly divide n by gm (using modular division) until we either loop around or find the target j in our precomputed map. Translated to Rust, it looks like this:

And it reduces the runtime to about a hundred nanoseconds.

Of course, there were 25 days, most of which had at least some interesting challenge. I’ll go over the other somewhat interesting problems quickly:

As always I enjoyed the event. I didn’t even attempt to hit the leaderboard once, which is a bit of a shame but also better for my personal sleep schedule. The problems were a bit easier compared to last year’s edition, but there was still plenty of room for interesting algorithms and optimizations.

All of which is a lot of words to say: it’s been fun, see you next time, and happy New Year. 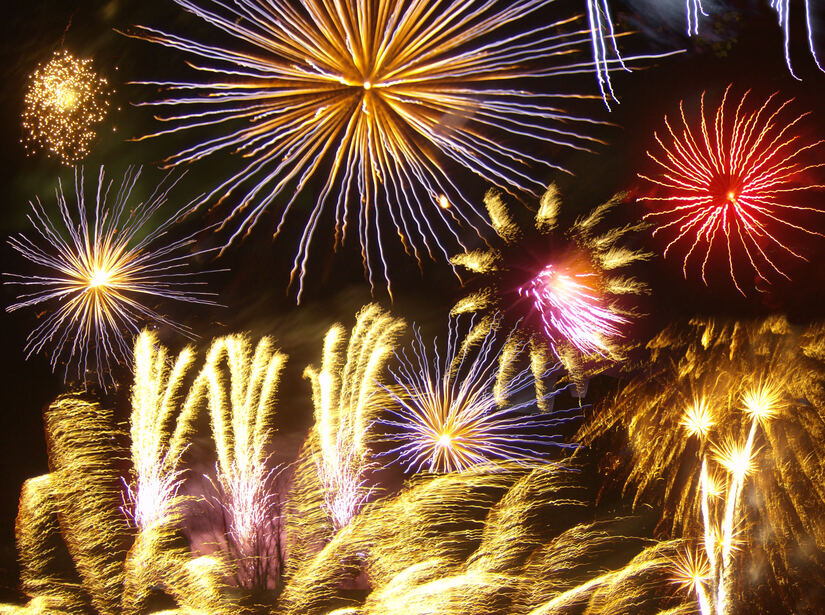